The Kevin Wada Interview: Super Heroines on the RunwayArticle by: Veronica Baesso 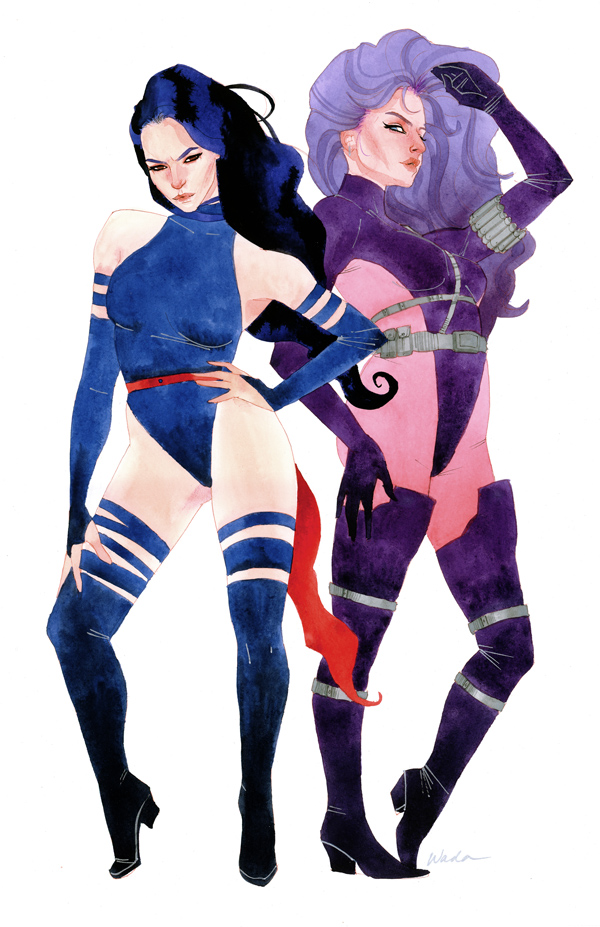 In recent years we have seen a Hollywood revival of superheroes and comics characters. The Avengers, Spiderman, Watchmen, Batman & Catwoman and the soon to be released Superman are all evidence of this trend. I admit I have not been a comic book reader, but  this recent wave on the big screen was the chance for me to get more familiar with these characters. The interesting thing is that I actually became fond of  the genre. My fascination however was more due to beautiful, kick-ass super heroines ready to save and take over the world dressed up with their sexy latex catsuits, skintight bikinis and high heels rather than super muscled heroes. Super powered women have caught my attention in such a way that they’ve become an inspiration for my upcoming lingerie brand Ronnie.  So while I was doing research on fashion and its relation to comics, I came across Kevin Wada, a very talented American illustrator whose creations vary from portraits of pop culture icons to reinterpretations of our favorite heroes in a high-fashion key, dressing them as if they were ready for the runway. Let’s go beyond the images and get to know this young artist, Kevin Wada.

What is your background and how did you get started as an illustrator?

I grew up in Los Angeles and decided to do junior college instead of going directly into a university.  I’ve always loved drawing, being creative, etc. but it wasn’t until junior college when I found my focus in illustration.  I transferred to California College of the Arts in San Francisco into the illustration program and have been in the city since graduating in 2010. 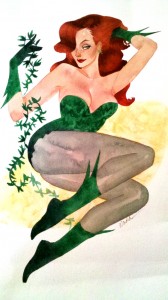 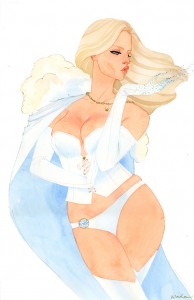 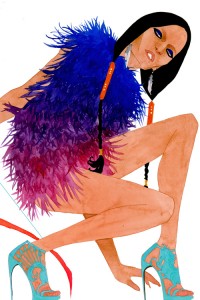 What are your sources of inspiration?

In school I was critiqued for drawing people “too pretty” and not “real” enough.  I used to fight it but now I embrace it and because of that, fashion has become a really big inspiration for me.  Pop culture and the media in general are great fodder for me; I eat it all up.  I think comics have had a long running effect on me – mainly visually but also in their epic nature and storytelling.

Who are your muses?

I’m not sure I can nail down who my muses are.  I don’t know if I have any per se.  I’ve been dying to do a portrait of female rapper Azealia Banks for awhile now.  She’s fresh in my mind.  Very bold, unique, and talented.  Anyone with their own style inspires me.

How did you come up with the idea of mixing comics with fashion?

My friend from college, Max Wittert, and I connected through our art and taste.  We were thinking of ways to collaborate on art to spur on our production, keep us motivated and creating.  We came up with the idea of remaking the X-men women as fashion illustrations together.  It started out with us each picking 4 ladies and then it blossomed out.  His contributions to the project are fantastic and everyone should check out his work too. 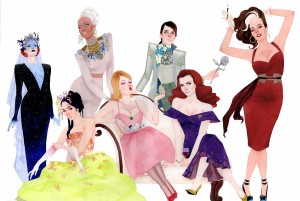 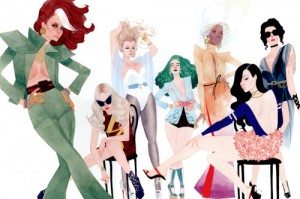 Which illustration are you most proud of and why?

That would be hard to pick.  I like different ones for different reasons.  Off the top of my head, I might pick the one that I’ve dubbed “90’s Realness” which features only X-men females of color.  It’s created quite a following and has spoken to a lot of people and I know I’m proud of it because it was a chance to feature minority figures in the media.

Which is your favourite heroine?

What mediums do you work in?

I used to work 80% digitally with all of the line and ink done outside of the computer.  Now I work all in watercolor and gouache and pen, with some touch ups or compiling in the computer if necessary.  A lot of my work is commissioned so there’s no digital work done to it. 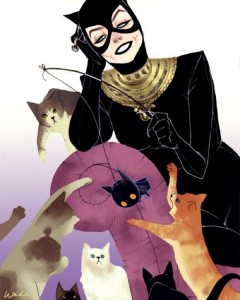 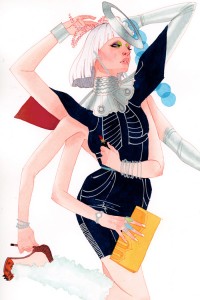 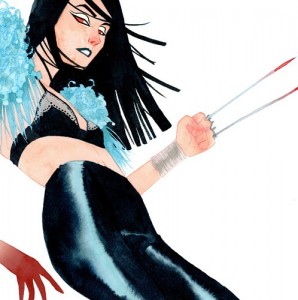 Where do you get ideas for styling your characters?

It’s funny, because a lot of people assume I know a ton about comics and a ton about fashion, due to the X-fashion series.  Actually, I’m not as well versed in either world as I come off.  I try to just be a sponge and take from both worlds what I’ve seen, what’s spoken to me, what I’ve liked, etc.  A lot of my styling comes from mid-century fashion and thus a lot of my work tends to have a retro sort of feel which I embrace.  Illustration – and fashion illustration especially – need a renaissance from their mid-century heyday.

Could you share with us some details about the illustration you are working on at the moment?

Right now I’m starting up on the last round of X-fashion commissions I’ll be doing for a while.  I’d like to move on to other things for a bit and broaden my current body of work some more.  I’m not saying I’m done with doing fashionable superheroes, but I do think it’s time for me to stretch my wings and move on for good chunk of time.  There are so many areas of pop culture to explore! 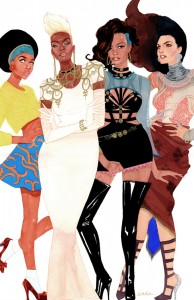 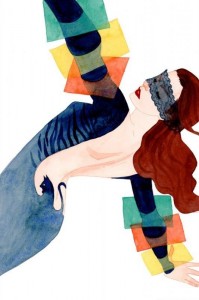 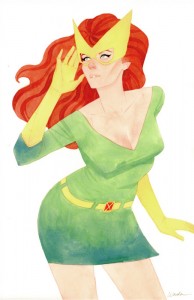