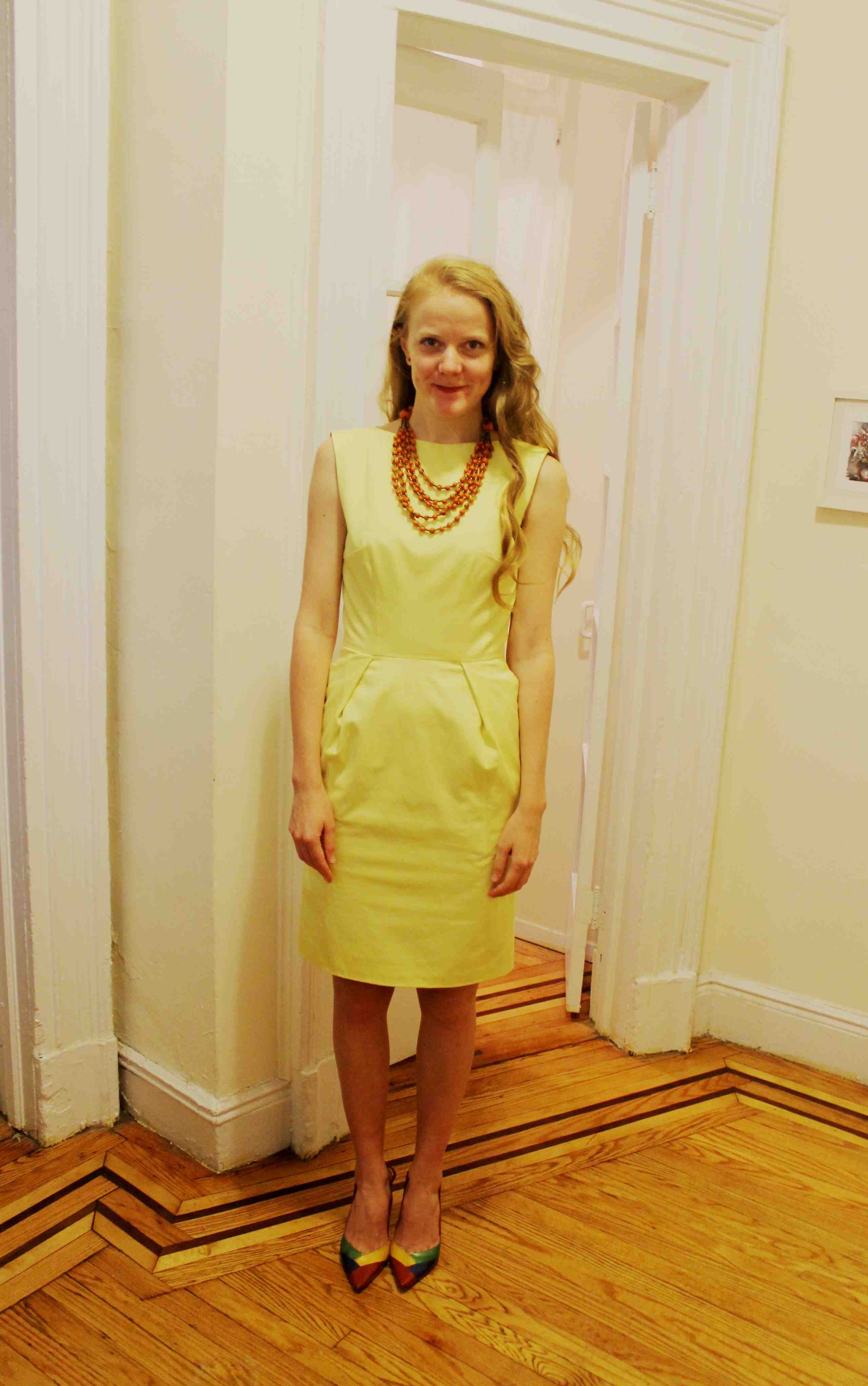 NYC – Today I had the pleasure to enjoy a lovely home-made breakfast by Maja Svensson, the emerging Brooklyn-based designer and founder of ELSA AND ME, a small clothing business that offers a signature dress – the ELSA dress. Mixing fashion with food is fun and considering that Maya is originally from Sweden, she spoiled me with a traditional Swedish pancake.  As Maja said – “For the sake of the name and simplicity of the dress, I guess the new Butter Cream ELSA, could be thought of as a pancake inspiration. I like the simplicity of things overall, food and clothing – when something is effortlessly tasty, or good looking. That is what I tend to gear towards both in food and in terms of inspiration for my fashion.”

Born and raised in Sweden, Maja left her corporate job in December 2011 to be the independent businesswoman she dreamt of becoming.   After earning a degree in Economics from Sweden, Maja came to New York in 2008 for an internship at the Consulate General of Sweden. Shortly thereafter she began working at Invest Sweden, where she consulted US companies wanting to establish in Sweden. It was while working at Invest Sweden that Maja was inspired by people she met in the city “doing their own thing” and started to look into what her “thing” could be. Without any prior experience in the field she began experimenting with fashion design in 2009. Maja soon realized it was possible to make clothing with just a visual idea of a design. After receiving positive feedback on her initial designs, she began making clothing for women like herself, businesswomen and corporate office workers that craved for a more diversified and feminine look at the office. The ELSA dress is for work and the cocktail party, made to order and produced locally in New York with organic fabric.

Maja breakfast quote really stuck with me “Swedish Pancake is a very simple recipe and I know it from the top of my head. Something that I just throw together. It fits my busy lifestyle and works as great energy food in the morning, prior to a long day of work. My boyfriend and I both work a lot and I usually make pancakes for the two of us in the morning, which is a time we like spending together.”

Below you can find Maja’s Swedish pancakes recipe. 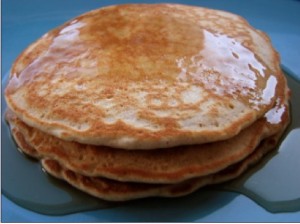 – In a large mixing bowl, beat the eggs with half the milk.

– Beat in flour and salt until smooth.

– Heat a griddle or large skillet with a small amount of vegetable oil.

– For each pancake, pour about 1/4 cup batter onto the griddle and cook over medium heat 1 to 2 minutes.

– With a spatula, turn the pancakes and cook until golden brown, about 1/2 minute.

– Serve immediately or keep warm while making the remaining pancakes.

Maja’s pancakes were delicious, let us know how yours are!