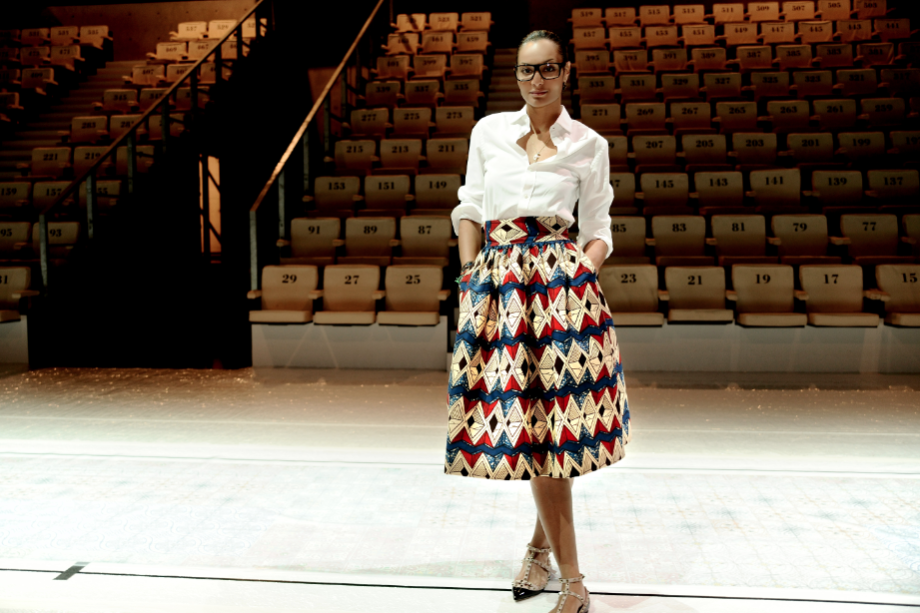 ROME – Last night the young and talented Italo-Haitian fashion designer Stella Jean opened the doors of her kitchen and entertained me with her favorite recipe: Poulet Paul et Mireillei. It was a special night where I had the chance to learn more about Stella Jean SS14 collection and savor some culinary delight. Thank you so much Stella for having me!

For those of you that are not familiar with Stella creations, I would like to tell you a bit about her background and inspiration. Stella Jean was one of the winners of the prestigious Who Is On Next? contest in 2011. Since this pivotal moment, her collections have been lauded by the international press and the buyer world. In September 2012 she debuted her 1st major collection at the Milan Fashion Week. Her suggestive show, produced in collaboration with the expo event White, took place in the beautiful backdrop of the Rotonda della Besana.

In September 2013 Stella Jean was chosen by Giorgio Armani to show her collection at the Armani Theater during Milan Fashion Week, continuing to impress both national and international press and critics, and reinforcing her role as a representative of the Italian creativity’s new wave. 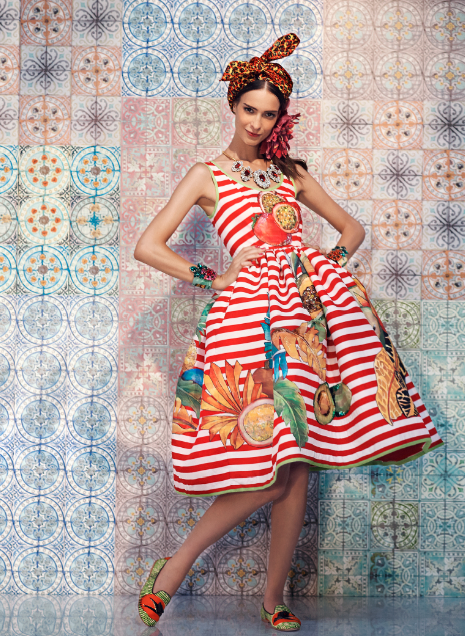 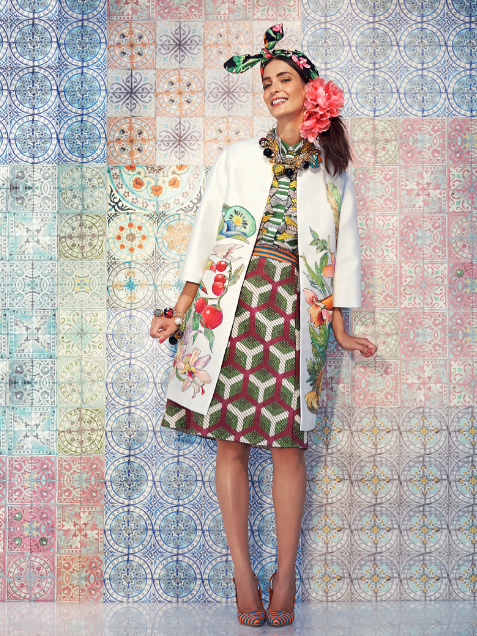 The refined and precious mood of Stella Jean designs is inspired by her multiculturalism, which she translates into her unmistakable style: the “Wax & Stripes Philosophy”. Her distinctive style is a union between waxed textiles, Fifties chic, men’s shirt fabric and an impeccable European cut. She is a designer always looking to the future and to the possible historical and cultural combinations, which pose no limits to cultural, social and fabric mixes. 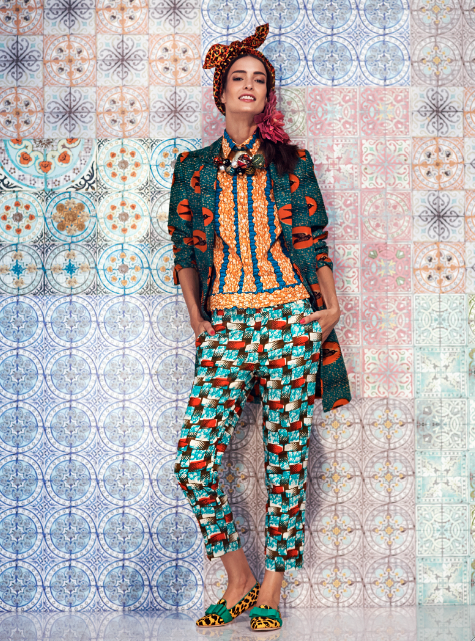 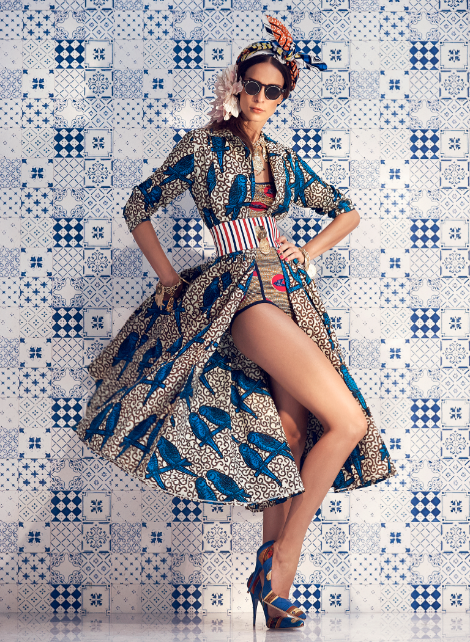 Stella Jean presents for Spring Summer 2014 a collection characterized by trompe-l’œil cultural exploration. These evocative creations have been produced through a continued cooperation with UN agency the International Trade Center (ITC), which has facilitated the introduction of handloom fabrics made by women living in villages in Burkina Faso.

Poulet Paul et Mireillei is what Stella defines as a recipe of love, to prepare on the notes of Les moulins de mon coeur. A soul food between ancient traditions and sensual mood. 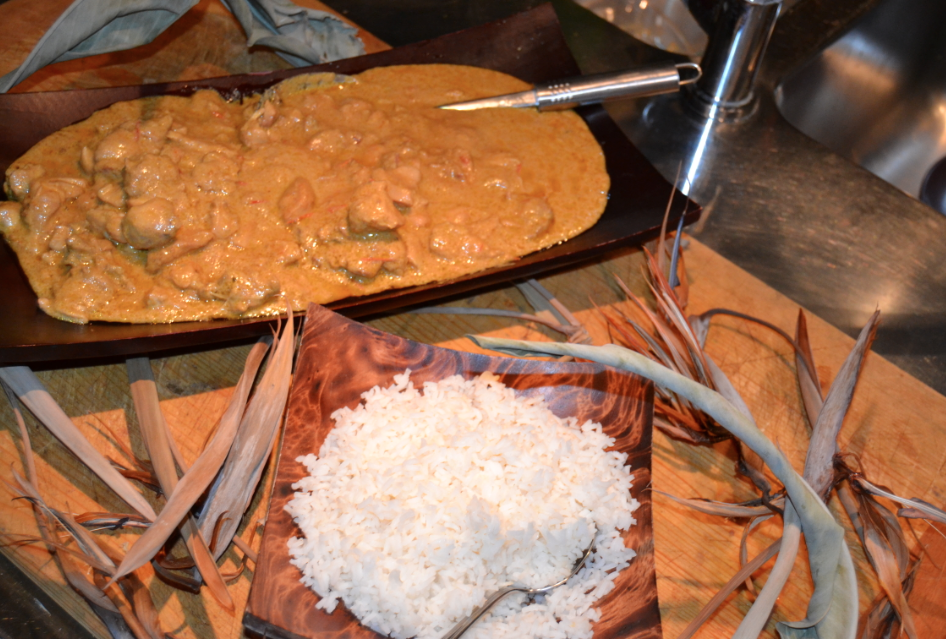 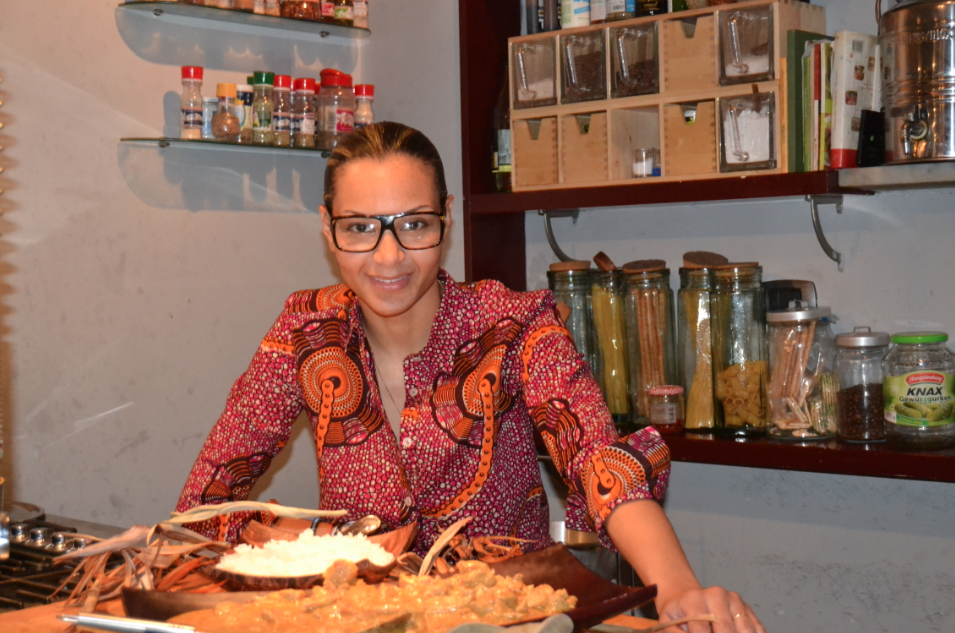 – Marinate chicken with lemon juice, orange and crushed garlic
– Slice thinly the onions and combine them in a wide pan with olive oil, curry, chopped tomatoes and one tablespoon soy sauce
– Whip the sauce in a blender to make a cream, then return it to pan with the chickenand cook for 40 mn on slow fire
– Meanwhile steam the rice
– To serve, pour the sauce over the chicken and serve on a bed of rice