Type & Technique: The 5 Types of Guys Living & Loving in the CityArticle by: Veronica Baesso 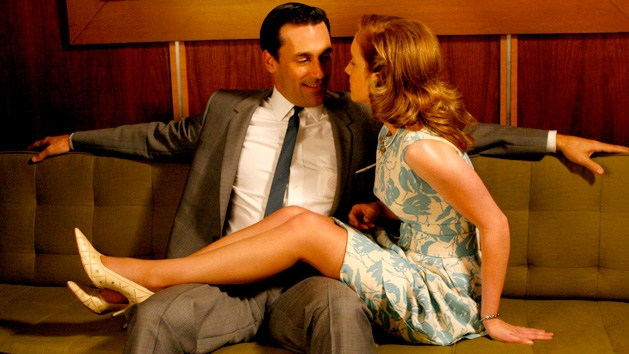 New York, NY – Navigating the single scene in any large city is like navigating treacherous waters. You never quite know when you are going to get tossed and thrown by some heavy waters and stormy seas. If you’re going to successfully sail these waters it helps to know the type of person you are encountering. Successfully identifying the type of person you’re dating and their potential technique can save you time, agita, and maybe even some heartbreak. This is the 1st of two parts. In Part 1 we’ll examine the type of guys that women are likely to encounter. Obviously, this is just a snapshot as there are likely many more types to discuss but these are some of the most common. I can personally attest to being one or more of these at some point or another; often at the same time depending on the circumstances. So I’ve done the heavy lifting; see if you have come across some of these types & techniques.

1) The “Sensitive” Type – This is the type of guy that takes empathy to a new level when it comes to dealing with women. He relates to every issue that a woman has and in many ways feel these things just as deeply. Charting your cycle ladies? No worries, this guy will do it for you. He might even drop by with that special “period mix” made famous in Justin Timberlake’s “Friends with Benefits”. In short, he wears his heart on his sleeves and is totally happy for you to know it. His on screen heroes are John Cusack, Hugh Grant and Aidan of Sex and the City. Tears are not only acceptable but you can expect to see them at such critical moments as post-coitus, seasonal change and any special anniversary. Now there are some reading this who might say. Wait a minute this guy sounds awesome. I would love to meet a man so in touch with his feminine side. Well what sounds good on paper doesn’t translate to being good in real life. At the end of the day a woman wants to be with a man; not another woman. The sensitive shit gets real old, real quick. There should be a one vagina rule in every relationship. Unless of course that relationship is between two women then two vaginas are allowed. If your man acts like he also has a period of his own then it’s time to move on. This guy is sleepy and that means boring.

2) The “Faux Sensitive” Type – On the surface this guy has many of the qualities of the “Sensitive” guy. The only difference is that he doesn’t actually believe all that sensitive bullshit but has enough of the qualities to talk the talk and walk the walk right into the bedroom. Chris Rock famously warned men about getting trapped in the “friend zone” .

The “Faux Sensitive” guys not only welcomes the friend zone but he seeks it out. He knows by playing enough of the sensitive guy routine he’ll put himself in a great position to transition to sex. In short, he is looking to “best friend” his way into fucking. Now this is a type that is willing to think long term about his conquest. It takes time to build up the trust and closeness needed to pay off by being that falsely attentive. The “Faux Sensitive” guy can speed up the process by employing his technique which we’ll explain a bit more later but in short he uses the things that a woman shares with him about other men to set himself up as a viable alternative. If you complain to the “Faux Sensitive” guy about whatever bullshit some other guy just did you can guarantee he’ll comfort you and share that he would never do those things. His empathy is designed to lower defenses, raise his likeability and then boom the next thing you know you’re waking up next to him wondering “what the fuck just happened”.

Technique – Judo. Some of the best words I ever received from a friend when explaining his technique with women. “Hey man, it’s like Judo. Just use their momentum against them” That’s the core of the “Faux Sensitive” type. It’s all in the momentum.

3) The “Asshole” Type (alternatively known as Type A or Banker Type) – This sort of speaks for itself and every woman has known this type. Pretty obnoxious from the get go but somehow has been fooled by society and other women who like the bank account into thinking this works. He doesn’t have time to listen to you, spend any significant time and is largely looking for the big payoff i.e. fucking. Now in this respect he is no different than most other guys (and gals don’t be fooled) but it’s the unapologetic way in which the “Asshole” type approaches dating/seduction that is especially repugnant. Now of course there are no shortage of women who are drawn to this type of guy. Some for the money and others for the misguided sense of testosterone but either way in any large city the “Asshole” type is ever present. If you’re not in a professional environment you can probably spot them wearing a faded lacrosse sweatshirt, khakis and boat shoes cruising around post-Brunch.

Technique – Kick-Boxing. It’s noisy, messy and not good to look at but if you stand close enough to the victim..err date…it’s likely to be effective.

4) The “Magician” Type – This guy has one of the most underrated skills which is the gift of the silver tongue. Now for all the women who read that and thought I was talking about someone going down on you get your mind out of the gutter (actually the gutter is a great place for your mind don’t listen to me). “Silver tongue” means this guy has that uncanny ability to talk and charm women. This is a lost skill in a world of online dating, social media, texting, email, etc. We are used to communicating in short bursts. The more direct the better in many cases. But the “Magician” type knows how to simply hold, engage and create magic through conversation. He is witty, charming and most of all at ease with the art of talking. It’s a delicate balance to say just enough to keep everything moving along but not too much that you’re monopolizing the conversation and coming off a little like the “Asshole” type. The “Magician” is all about verbal sleights, playful word play and humor. He will literally charm the pants/skirt right off of you.

5) The “Intellectual” Type – Being an intellectual can sometimes be a bad thing. Smart guys are a lot like women with big tits. You feel the need to show them off all the time and that ends up cheapening the whole thing. Smart guys can overcompensate by constantly sharing just how smart they are. Which of course can alienate everyone around them. After all if they are so fucking smart just by proximity then we’re all a little dumber. This is the tightrope walk that the “intellectual” type must balance. A little less Frasier Crane and a little more Ben Affleck. The “intellectual” type that works best is the guy that doesn’t care about being smart but merely is smart. It’s the guy in the back of the class in Advanced English Lit who knew everything but just didn’t give a fuck. He gets you wet because he knows Anais Nain, Ralph Ellison and Tolstoy with equal measure. Intellect without the pretense is rare feat and the “Intellectual” type pulls it off easily.

Technique – Samurai. He is disciplined in all things. Likely to break out a haiku at dinner and then katana that ass in the bedroom).