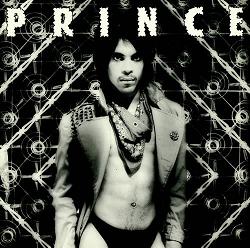 Melody, lyrics and sound are the key elements of music but they are only part of the equation. Music is also about energy, style and fashion. This all comes to life in music videos. Passion, sexuality, lust and empowerment all provide the landscape for the look and feel of music videos. From the very beginning, lingerie has been one of the sexiest fashion elements to be found in videos. Here are our steamiest lingerie moments in music videos..

Provocative for the time, this clip was filmed even before MTV (and I) were born. The band expected the “Girls on Film” video to be played in the newer nightclubs that had video screens, or on pay-TV channels like the Playboy Channel. It was consequently banned by the BBC and heavily edited for its original run on MTV due to its controversy . The lingerie hightlights are definitely the sheer black camisoles and knickers, a white nurse’s uniform with sheer white stockings, and skintight see-through plastic knickers. The video may look dated, but its eroticism and underwear pieces are so now.

“Nasty Girl” is a song written by Prince for his protégé pop trio Vanity 6. Prince’s vision  was that the three women, led by his then girlfriend Denise Matthews would perform in lingerie and sing sensual songs with lyrics about sex and fantasy. The result are sexy bodysuits, suspenders, basques, garters and a lot of lace and pvc.

The “Body Language” video is a lot of skin, steam and sweat. Featuring scantily clad models writhing around each other, this video proved somewhat controversial and was banned in a few countries. It goes without saying, that if we are talking about body language, you have to start with lingerie.

Motley Crue‘s love of a good time and excess was at its height in the mid-’80s and they decided to show some of that in their video ‘Girls Girls Girls.’ The band ended up shooting a video for the stripper anthem at Los Angeles’ Seventh Veil strip club, one of their favorite hangouts. Many famous strip clubs are referenced in the song, and the cheeky video features a fair few of the hired girls showing off their moves and bodies. It comes with no saying that the lingerie range here is pretty wide. You can also spot a bridal piece!

The title says it alls. How to convey the message in a music video? Feature the hot model/make up artist (and George Michael girlfriend at the time) Kathy Jeung, wearing a black lacy basque, and playing in dark silky sheet, and you have the answer.

Inspired by the Bob Fosse musical All That Jazz and directed by David Fincher, “Cold Hearted” is one of the first naughty videos that shows us how underwear can be easily worn as outwear. No one can deny how sexy it is to dance, hang and grind on scaffoldings, simply wearing fishnet tights, g-string bodies and bras.

Filmed at a time when Madonna had just released the book ‘Sex’ the extremely raunchy 1990 video featured a highly sexual Madonna getting into all kinds of kinky worlds with her then partner Tony Ward. With its explicit imagery of sex, sadomasochism, voyeurism, androgeny and bisexuality, it caused controversy worldwide, and was subsequently banned from MTV and other TV networks. This clip probably best represents the Madonna: all melodrama and angst, rubbing and writhing on the floor in a fit of uncontrollable lust. Madonna rolls around in bed wearing skimpy lace underwear and a garter belt and stockings. For the BDSM lovers there is also a lot of leather, PVC, latex outfits and accessories and corsets to inspire.

“Say You’ll Be There” video, inspired by the films Pulp Fiction and Faster, Pussycat! Kill! Kill!, features the Spice Girls as a band of female techno-warriors, who use martial arts and high-tech ninja influenced weapons to capture a man, in this case often featured American model Tony Ward. I love these 90s leopard print corsets, latex catsuits, and baby dolls used to reinforced the message of women empowerment and feminism. Girl Power!

In 1998, this video won an MTV Video Music Award for Best Cinematography and features a then 20-year-old Fiona Apple appearing semi-naked and in a variety of compromising positions. Fiona’s look in this clip is reminiscent of a super skinny Calvin Klein model and is a precursor of the American Apparel underwear style.

It was the beginning of the new millennium and I am sure everyone loved this song as much as I did. The video is a mix of getting ready for the New Year’s Eve Party, dancing in the jungle and celebration. Remember when knickers used to pop up from our trousers/skirts? Though this is a fashion trend we don’t miss, the peach lace lingerie set that JLo sports in this videos is superb. In addition only JLo has the ability to make such a simple jersey cami+shortie so sexy and outrageous.

Say Moulin Rouge and you get the idea: cabaret, can can dancers and sparkling costumes. It is not the Belle Epoque, but 2001: Christina, Pink and Lil Kim unleashed an unbelievably sexy video, produced by Missy Elliott, filled with garters, stockings, corsets and all the imaginable lingerie that only the Moulin Rouge deserves.

This cover of the Bobby Brown song “My Prerogative”, refers to Spears’s relationship with the media at the time and portrays a secret wedding with then fiance’ Kevin Federline. The song didn’t receive favorable review from music critics, but lingerie lovers will definitely appreciate the black sheer body with floreal lace embroidery and the bridal set.

This video, is very simple and to the point: the Dolls, dressed in sexy black semi naked outfits, performs a streaptease and old school burlesque moves. The typical example that lingerie counts more than words (or lyrics).

“Tell me Where it Hurts” video is as epic as the song. Directed by Sophie Muller, is an homage to Luis Buñuel’s 1967 movie Belle de jour along with an ultra-modern French-inspired set. Shirley Manson arrives in a high class brothel and partakes in various “light” sexual acts with a young man, pulling off chic and superlative lingerie.

It is impossible to get tired of the “ella” “ella” “ella” hook and the video remains undeniably hot. With outfits like black leather bodycon playsuit, maid-esque bodysuit, fishnet tights, and silver boby paint, Ri-Ri sartorial stamp skyrocketed from this video on. Dancing en ponte has never been sexier.

What makes this video interesting is its great selection of fun and daring outfits. Think about Beyonce wanting to be as freak as Lady Gaga and you get the concept. Silicon bras, fluo bodysuits, a metal bandeau top and Betty Page inspired costumes, are some of the best highlights.

Perry and her dancers are pieces of a board game, set in the fictional “Candyfornia” with “Sugar Daddy” Snoop Dogg. Everything is decorated with candies, lollipops, cupcakes, ice creams and cotton candies, yes even the bras. We wonder if those are edible too…

There is no doubt that Florence Welch is very talented and a fashion icon. This video is additional proof of that. In “Sweet Nothing” Welch works as a singer at a dingy strip club in Dalston, pouring the pain and frustration of her unfulfilled life and abusive relationship into every revealing and explosive note. Stripping off her suit and tie, Florence adorns her body with a couple of lingerie pieces by Made by Niki and Bordelle that we simply adore.