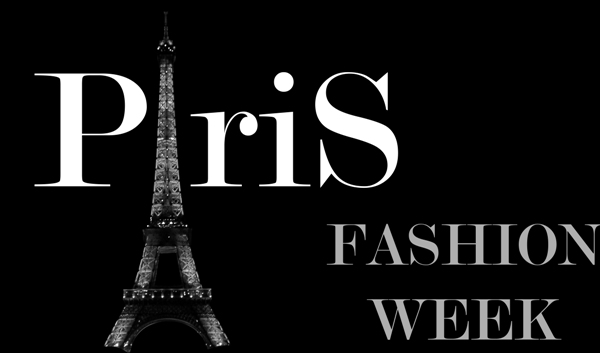 Paris Fashion Week has been a medley of memorable fashion moments. The fashion month could not have finished on a better note. It was a challenge to pick our favourite six collections in a pool filled with colossal talents and fashion cornerstones. Check out our Paris Fashion Week highlights below.

The Chanel SS15 show was not only about women but also about feminism. A message made even more clear when for the finale Lagerfeld staged a mock demonstration in which models were holding signs that read: “Make Fashion, Not War”, “Ladies First”, “Tweed is better than Tweet”, to name a few. How was this message translated in the clothes? Courtesy of countless interpretations of tweed, particularly tweedy suits, some more masculine paired with colourful ties, and others with minis. In addition floral silk dresses, striped maxi-cardigans and silver mosaic-like cocktail dresses were highlights. 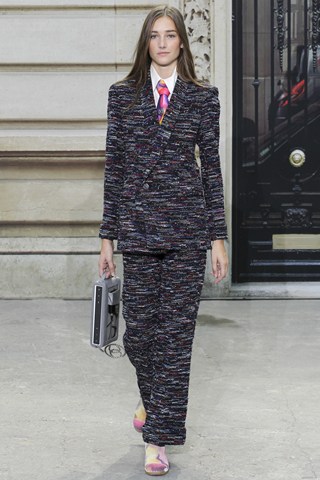 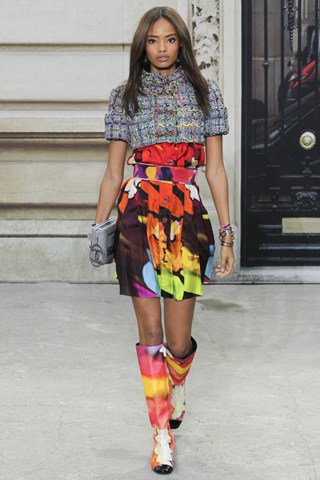 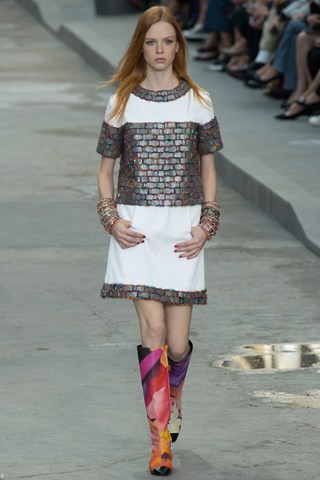 Valentino SS15 collection was inspired by the 18th century tradition of the Grand Tour, when young Europeans used to travel to Italy to explore its history, art and culture. Everything in the collection suggested the tour theme, from Classicism to Sea recalls. Valentino is known for the high craftsmanship and elegance of each piece, and this collection also embodied a young and versatile tone. My favourite piece was the ultra-light evening gown embroidered with starfish and other marine decorations. 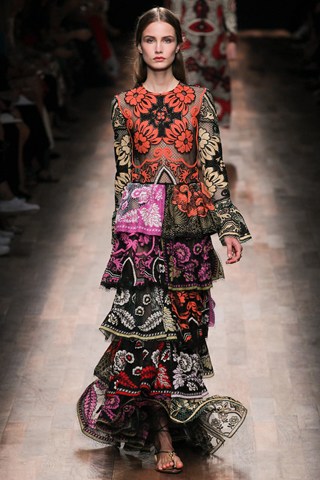 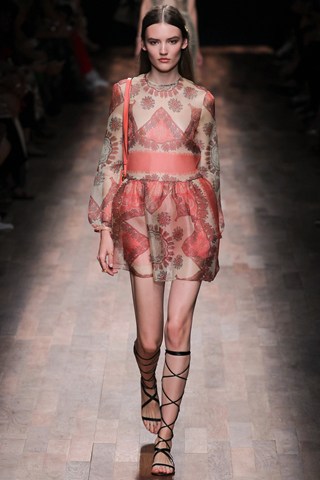 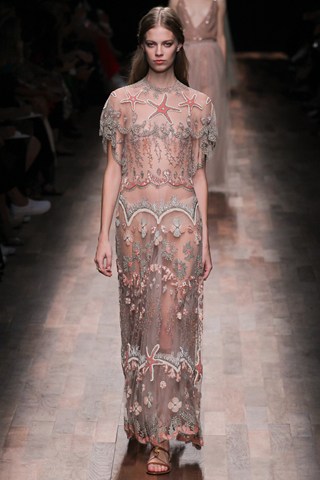 There was a little twist on the Miu Miu SS15 collection. The models had the appearance of ‘good girls’ on the runway complete with puritan outfits characterised by mid-length pencil skirts and bon-ton coats, yet there was an undertone of ‘bad girl’ suggested by cropped plaid tops and plunging necklines. The collection was a reference to John Waters’ 1974 film Female Trouble, the models were representations Divine’s character Dawn Davenport—a spoiled good girl gone bad. 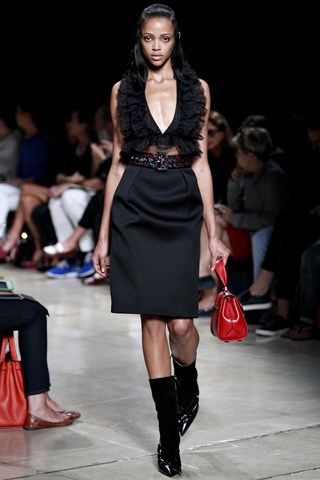 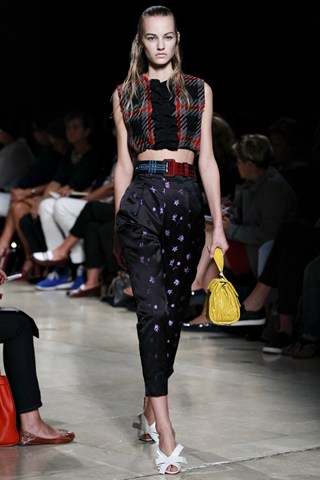 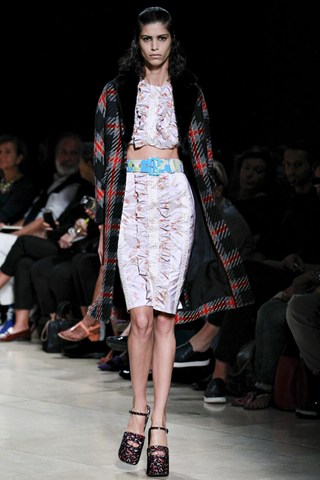 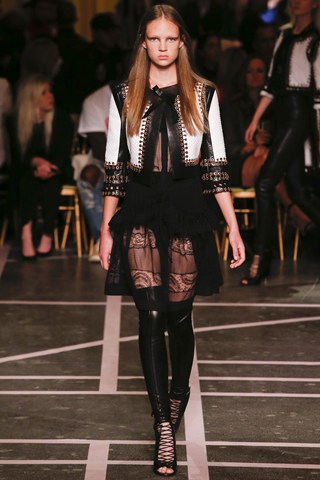 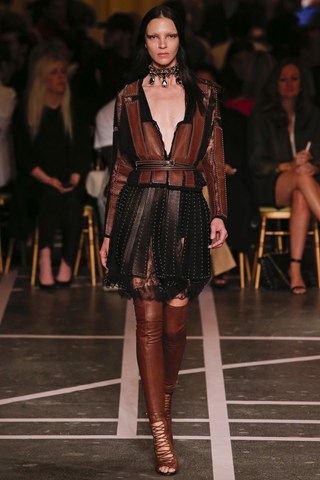 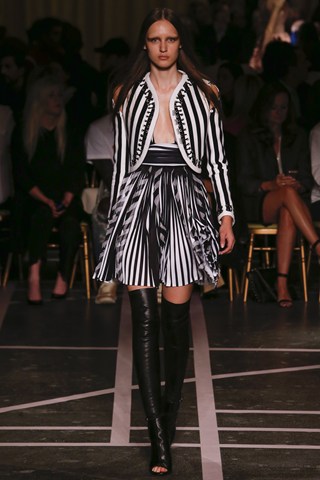 Balmain SS15 collection was an ode to the 90s. The signature cage-structured pieces were prominent on the runway. Strong shoulder jackets were also spotted.  Striped primary colored pieces like the sleeveless suit vests in an oversized cut had a vintage flair. The primary colors, white and black were the prevalent tones. Strong geometrical structures and bold colors make this a collection for women who want to be noticed. 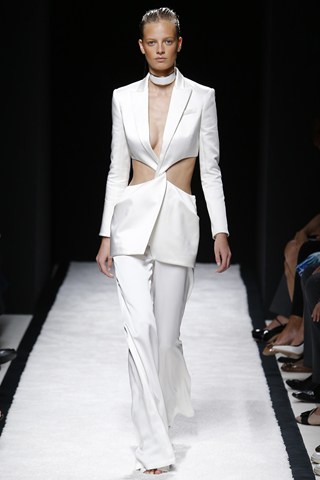 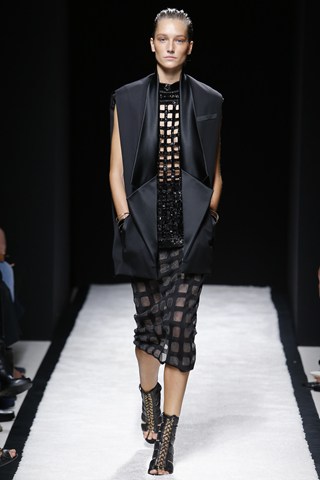 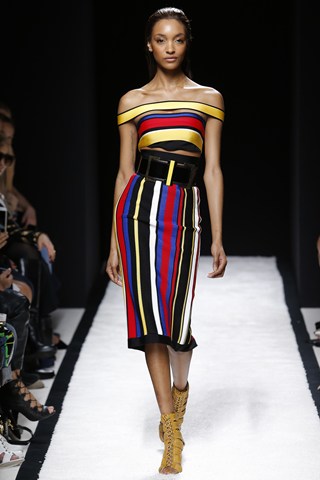 Jean Paul Gaultier announced last month that this was going to be his last ready to wear collection (he will continue his couture and fragrance line) and the subsequent show was theatrical and provocative. There would be nothing less than an extravagant farewell. The show was a celebratory beauty pageant, with each model representing a chapter of his career, encompassing his most memorable designs. Respect was paid to all the industry figures that have shaped his impressive career including Grace Coddington, Franca Sozzani, Suzy Menkes, Carine Roitfeld and Emmanuelle Alt, who were all ‘featured’ on the runway. 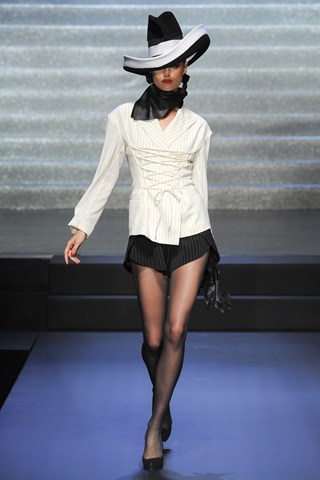 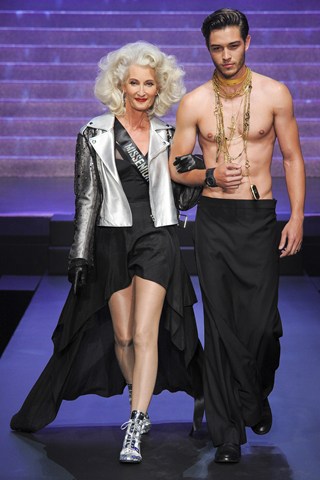 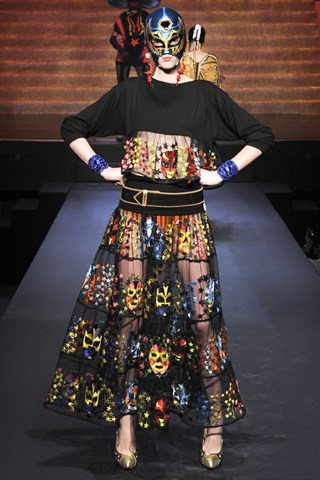